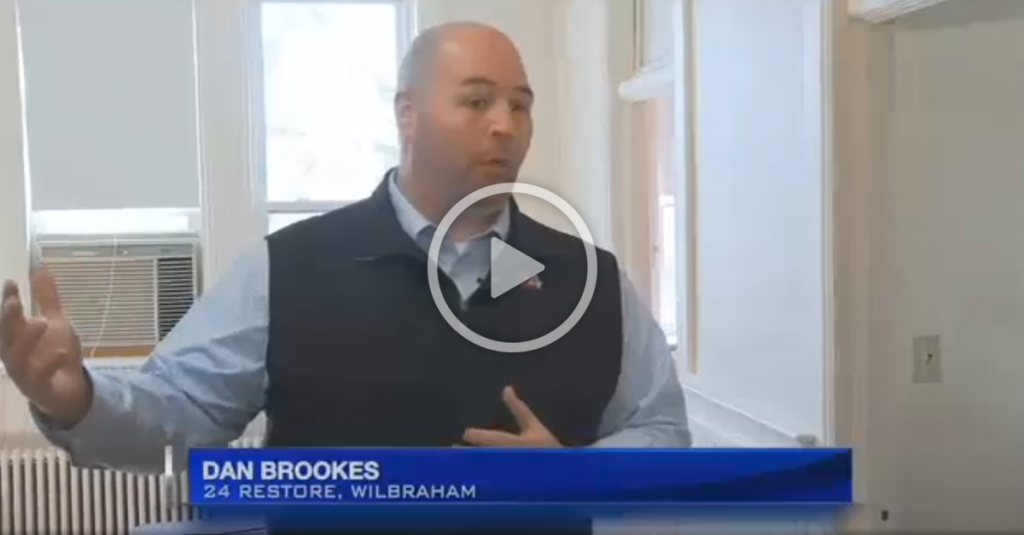 Springfield’s Italian Cultural Center is shut down after a burst pipe flooded the historic building a month ago.

While the I.C.C.  works to dry things out and go through insurance, the non-profit is worried about the mounting costs to get it’s doors open again.

In January, a pipe from a second floor sink burst and the damage went undetected for at least 24 hours.

I.C.C. Director Gary Mackueston described to Western Mass News what he saw when he walked into the building on January 9.

“[I] opened the door and it sounded like it was raining inside. There was water coming down from the ceiling, pieces of ceiling was dropping. I was standing in two inches of water,” said Mackueston.

The center lost just about everything. To add insult to injury, last week the building was robbed twice in two day.

Restoration company 24Restore out of Wilbraham is in charge of the clean-up and re-build.

“This is a big loss. We do this everyday so we see everything from small basement floods to things like this and bigger but this is categorized as a big loss,” said Dan Brookes with 24Restore.

The flooding resulted in tens of thousands of dollars in damage.

“We’re still working with the insurance adjusters on exactly what will be covered and won’t be covered.  We are certainly planning on rebuilding,” said I.C.C. President, Stephanie Spolzine.

The I.C.C. has been at the building for 10 years. As a non-profit, it relies on revenue from its many programs.

“This building was built in 1912, a former firehouse. It was the mechanized fire department in Springfield. After that it was a convent, then a preschool,” said Spolzine.

As the bills mount and insurance reimbursement numbers unclear, the Italian Cultural Center has set up a GoFundMe page.

If you would like to make a donation, visit the link here.

This error message is only visible to WordPress admins

Please go to the Instagram Feed settings page to create a feed.